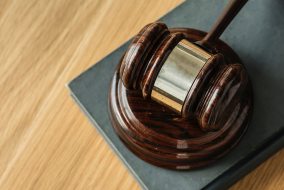 Earlier this week the Arizona Supreme Court overturned the Arizona Court of Appeals decision upholding the conviction of Rodney Jones, a medical marijuana patient who was convicted for possessing marijuana resin.  I previously wrote on this blog about the State v. Jones decision and criticized the Court of Appeals’ majority opinion for failing to apply the plain the language of the Arizona Medical Marijuana Act (AMMA) that defines marijuana as “all parts of any plant of the genus cannabis whether growing or not, and the seeds of such plant.”  See ARS Section 36-2801(8).  As a result, it seemed contrary to the intent of AMMA to convict a medical marijuana patient for possessing a 0.05oz jar of marijuana resin.

You can read the full opinion here: https://www.azcourts.gov/Portals/0/OpinionFiles/Supreme/2019/State%20v.%20Jones%20Opinion.Final.pdf

This entry was posted in Criminal Law, Marijuana. Bookmark the permalink.